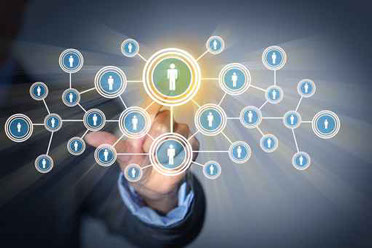 Dan Riordan is the President of On-Tech Consulting, Inc.

since 1997, when he was trained by the New Jersey Department of

Education to provide E-Rate advice and training to school districts.

Later, as a district technology coordinator, he managed the E-Rate

particular need, combined with his knowledge of the eligibility of the technologies for E-Rate funding, allows him to choose the solution that

best meets the districts’ needs at the lowest cost while maximizing

funding from the E-Rate. Since founding On-Tech in 2002, Dan has

obtained millions of dollars of E-Rate funding for over 100 school districts, private schools and libraries across the country.

On-Tech’s focus is maximizing E-Rate funding for districts which have not received the funding they deserve. Dan is a founding member

of the E-Rate Management Professionals Association (E-mpa™).  As an original Board member and first Chairman of the Ethics Committee, wrote the Code of Ethics. Dan has also delivered many online and live presentations and written articles covering E-Rate topics.

Lynn Ross is the COO of On-Tech Consulting, Inc..  She has been the operations manager for On-Tech since its founding in 2002.
Before joining On-Tech, Lynn was a manager in the public sector for several years, and has extensive experience designing and delivering training to teachers and other professionals.